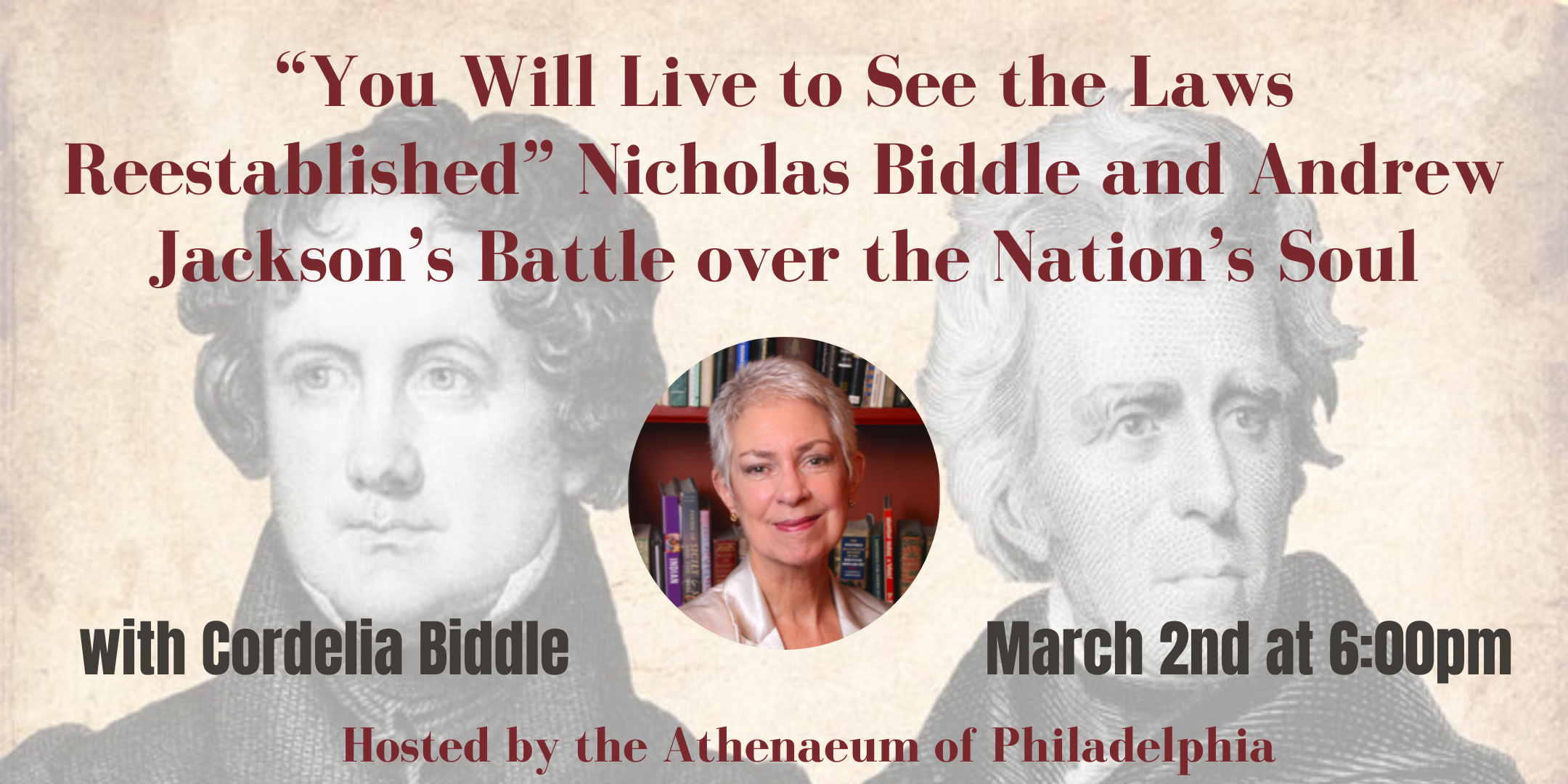 Andrew Jackson’s famed war on the Second Bank of the United States created a cultural and political rift that polarized and nearly bankrupted the nation. Biddle was ridiculed as a predatory elitist; Jackson was mocked as “King Andrew” who was intent on destroying the Constitution. Jackson accused Biddle of treason; Biddle stated that the president promoted anarchy. The fight, played out in partisan presses and within the halls of Congress, has echoes in our current era of disunity and dissension. Cordelia Biddle’s access to previously unexplored primary sources brings to life a volatile epoch.