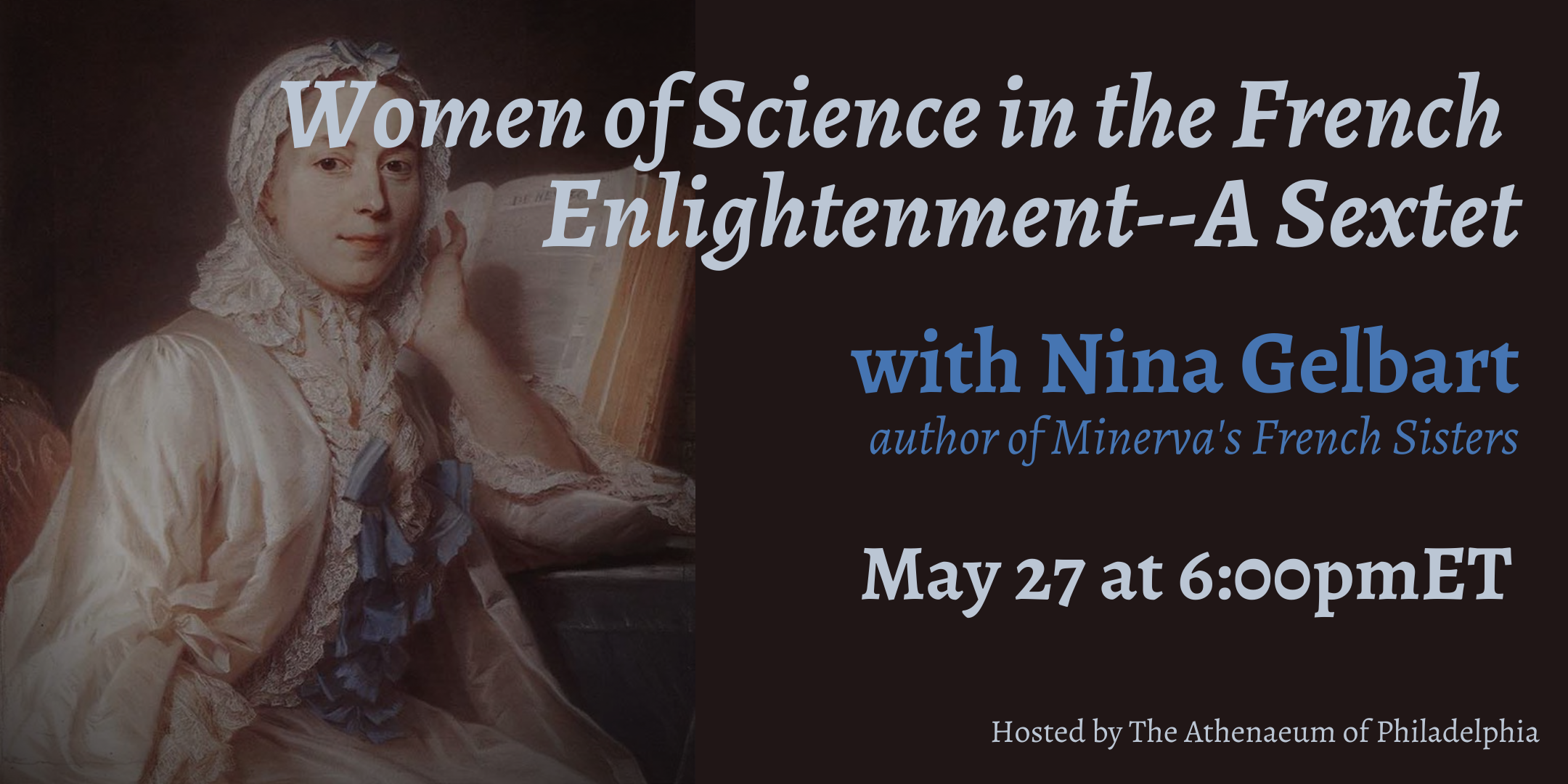 Nina Rattner Gelbart will discuss her new book, Minerva’s French Sisters: Women of Science in Enlightenment France (Yale UP), which brings back to life from the 1700s six intrepid female investigators of nature: a mathematician, an astronomer, a field naturalist, a botanist, an anatomist and a chemist. Although well-known in their day and admired by such contemporaries as Benjamin Franklin, they have been largely forgotten, obscured by the triumphalist histories of great scientific contributions by men. These women have deservedly begun to attract some scholarly attention in recent years, but here for the first time they are explored in depth and discussed together. Wide-ranging archival research illuminated their contributions and their fascinating life choices, allowing their inspiring work to shine again in the context of the Enlightenment. Their stories demonstrate how courage, curiosity, keen intelligence and perseverance helped them defy the gender conventions of their day to pursue independently the science that they loved. Told in an unorthodox fashion, this group biography highlights its relevance for today’s effort to enhance female presence in the STEM fields.