Why the New Deal Matters Book Talk with Eric Rauchway 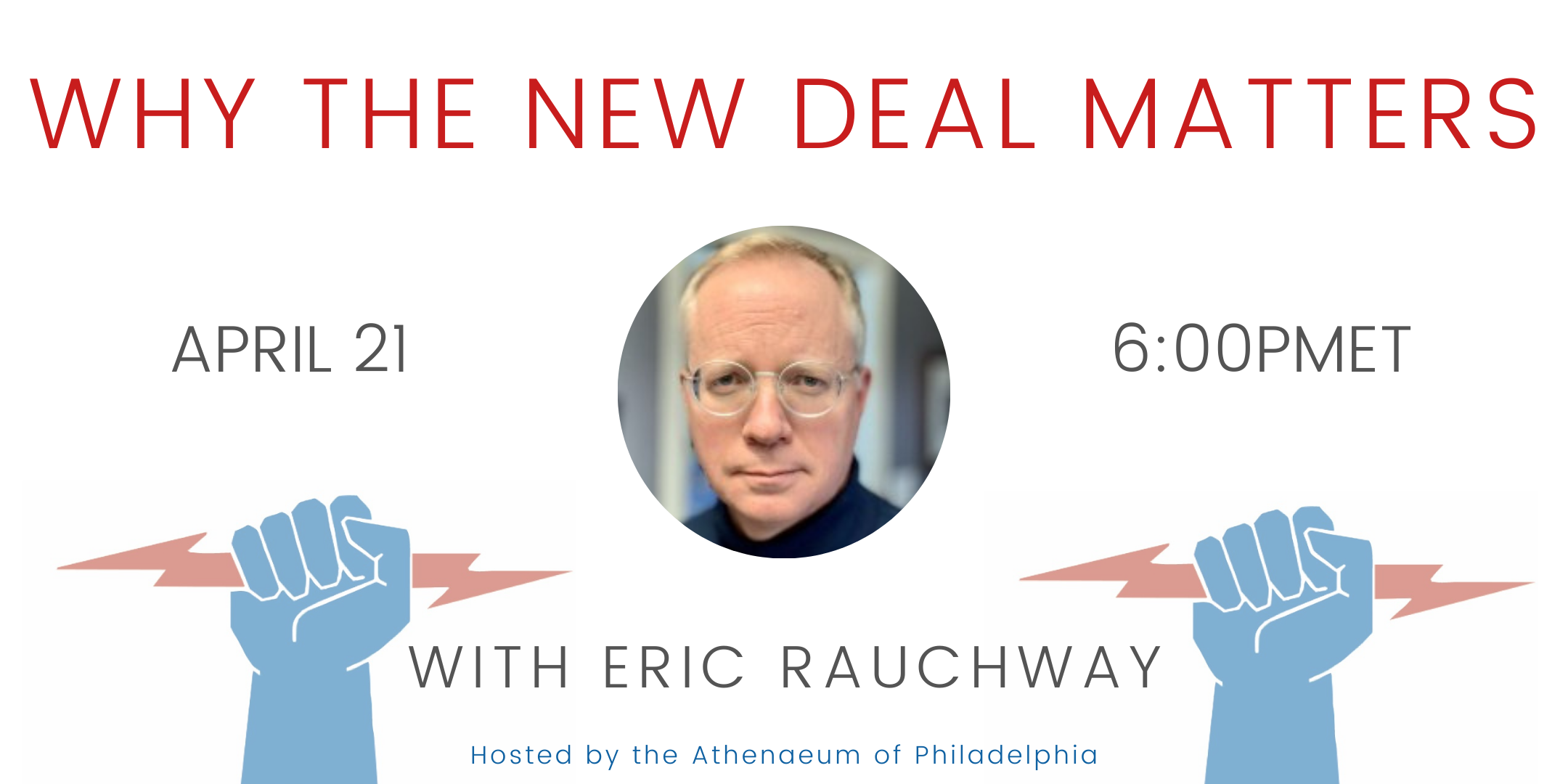 The greatest peaceable expression of common purpose in U.S. history, the New Deal altered Americans’ relationship with politics, economics, and one another in ways that continue to resonate today. No matter where you look in America, there is likely a building or bridge built through New Deal initiatives. If you have taken out a small business loan from the federal government or drawn unemployment, you can thank the New Deal.

While certainly flawed in many aspects—the New Deal was implemented by a Democratic Party still beholden to the segregationist South for its majorities in Congress and the Electoral College—the New Deal was instated at a time of mass unemployment and the rise of fascistic government models and functioned as a bulwark of American democracy in hard times. This book looks at how this legacy, both for good and ill, informs the current debates around governmental responses to crises.

Eric Rauchway is professor of history at the University of California, Davis. His most recent book was Winter War: Hoover, Roosevelt, and the First Clash Over the New Deal. He lives in Davis, CA.