Unworthy Republic: The Dispossession of Native Americans and the Road to Indian Territory book talk with author Claudio Saunt 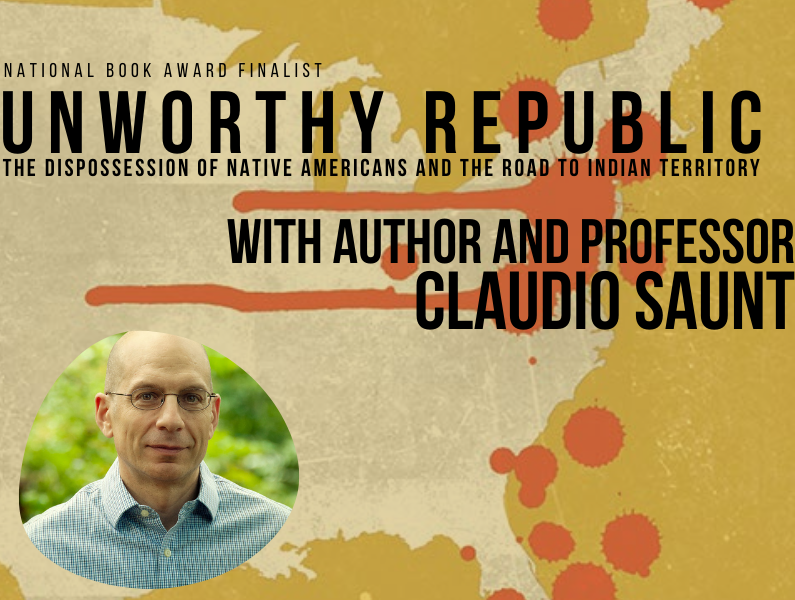 Claudio Saunt explores “Indian removal” in the 1830s, when the United States deported 80,000 indigenous Americans from their eastern homelands. The fiercely contested policy marked a turning point for both the United States and Native peoples, and the unprecedented operation later became a model for colonial empires around the world.

Claudio Saunt is the Russell Professor of American History at the University of Georgia, where he teaches and writes about Native American history. His most recent book is Unworthy Republic: The Dispossession of Native Americans and the Road to Indian Territory (W.W. Norton, 2020). Named a Washington Post top ten book and a New York Times critics’ best book of 2020, Unworthy Republic was a finalist for the National Book Award.