Unmute Yourself, Girlfriend! Girls’ High Class of 68 Responds to the Pandemic 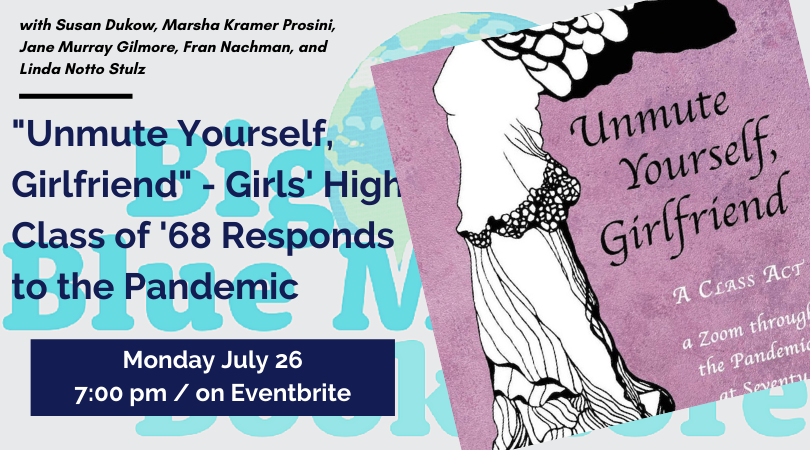 In 2020 the Covid-19 pandemic was in the early stages when a group of women who graduated from an all-girls public high school – The Philadelphia High School for Girls – came together via Zoom.  As they rekindled old and cultivated new relationships, their conversations became more profound.  Discussions regarding politics in and around the presidential election, the racial tensions in the country and fears that stemmed from the pandemic were shared. They were reminded that they had experienced tumultuous times before – the years leading up to and including another fateful time in history – 1968 – the year of their high school graduation

As the now seventy-year-olds laughed and cried with one another, they felt they were only scratching the surface of their individual experiences while on Zoom. It was then that forty-three of the women thought to write what this time in their lives meant to each of them.  A world-wide pandemic, politics, racism and bigotry off the rails, these ‘sisters’ originally from Philadelphia who were now spread as far now as California, Washington State, Alaska, Montreal, Toronto, Spain and France wrote their stories. Their original hope was to leave something behind – to leave a little piece of themselves for their children and grandchildren and for those without – for the ages. Their humorous and often gut-wrenching stories, each of them as unique as the writers themselves, will keep you, the reader, engaged with their tales. It was only after they realized what they had collectively created that they decided to publish this book and to have the profits from sales go towards scholarships at their alma mater, The Philadelphia High School for Girls.

A Woodstock Icon, a Judge, a Columbine survivor, an Archaeologist, a Midwife/Pot Farmer/CEO, a Sex Therapist, Accountants, a Linguist, a Dancer, a Molecular Biophysicist, Artists, a Film Production masochist, a Ballistic/Engineer Scientist, numerous Teachers, Writers and Doctorates and many Mothers – all well imagined and fully realized women, these are our Authors: