Mary Shelley and Her Creation 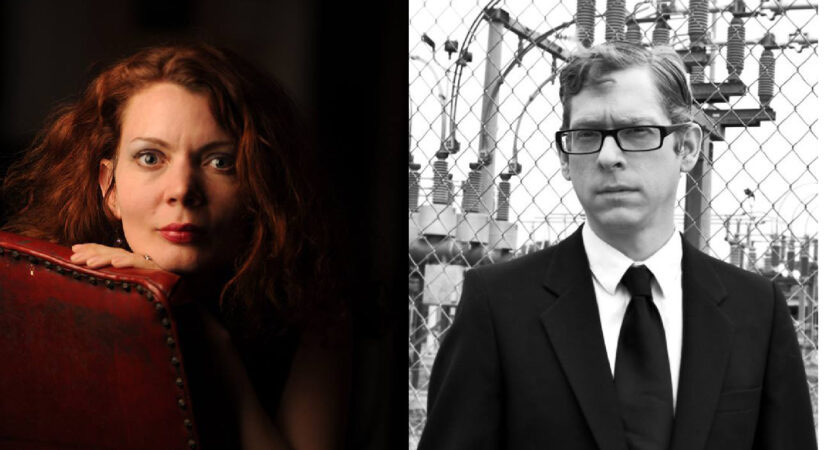 Mary Shelley and her creation, as viewed through the artistic lens of two Philadelphia theatre artists, Jennifer Summerfield and Josh Hitchens. In these two solo performances — Summerfield as Mary Shelley and Hitchens with extracts from the novel — the struggles of Frankenstein’s creature and his search for connection and understanding, mirror the struggles Mary Shelley faced throughout her turbulent life. In the end, which was the creator, and which the creature?

This performance is a pre-filmed adaptation of Jennifer Summerfield’s solo Mary Shelley performance and Josh Hitchens’ solo Frankenstein performance.  Both of these were performed live at the Rosenbach in 2018.  This program features a newly made film of each actor.  The program will be followed by a curated Q&A with the actors.

After registration, you will receive the link via email. Be sure to check your spam folder.

Jennifer Summerfield is a graduate of Smith College and the Neighborhood Playhouse School of the Theatre and currently writes, performs and produces in Philadelphia. She has performed extensively with Curio Theatre, where she was featured in Marie Antoinette, Dancing at Lughnasa, Slaughterhouse Five and The Iliad, and Hedgerow Theatre, where she played the juicy roles of Medea and Lady MacBeth, as well as Horatio in Hamlet and VanHelsing in Dracula. Jennifer has also performed at People’s Light and the National Constitution Center and she created the role of Elizabeth Powel for American Historical Theatre. As co-producer, she was proud to bring site-specific productions of Henrik Ibsen’s Hedda Gabler and A Doll’s House, as well as the Charlotte Perkins Gilman novella the Yellow Wallpaper, to a few of the historic houses of Philadelphia.. During quarantine, Jennifer has recorded her first audio book, Karen Heenan’s Songbird, available on Audible, and released a film of Osceola, which playwright, John Ronsenberg, wrote specifically for her and which was recommended for a Barrymore Award, (before Covid put a stop to live theatre.) She is currently adapting Ibsen’s A Doll’s House once again, but this time set in 2020 during COVID. A number of her performances can be found on her website: Jennifersummerfield.com. She lives in Philadelphia with her cat, Lady Brack, and her husband, photographer Kyle Cassidy.

Josh Hitchens is a Philadelphia-based writer and theater artist. He has written and performed the solo plays The Confession of Jeffrey Dahmer and Ghost Stories, as well as adaptations of Stoker’s Dracula, Mary Shelley’s Frankenstein, A Christmas Carol, The Legend of Sleepy Hollow, and The Picture of Dorian Gray. Josh was also one of the rotating cohosts for The Rosenbach’s Sundays With Dracula program. His first book, The Haunting of Delaware: Ghosts and Legends from the First State, will be published later this year by The History Press.