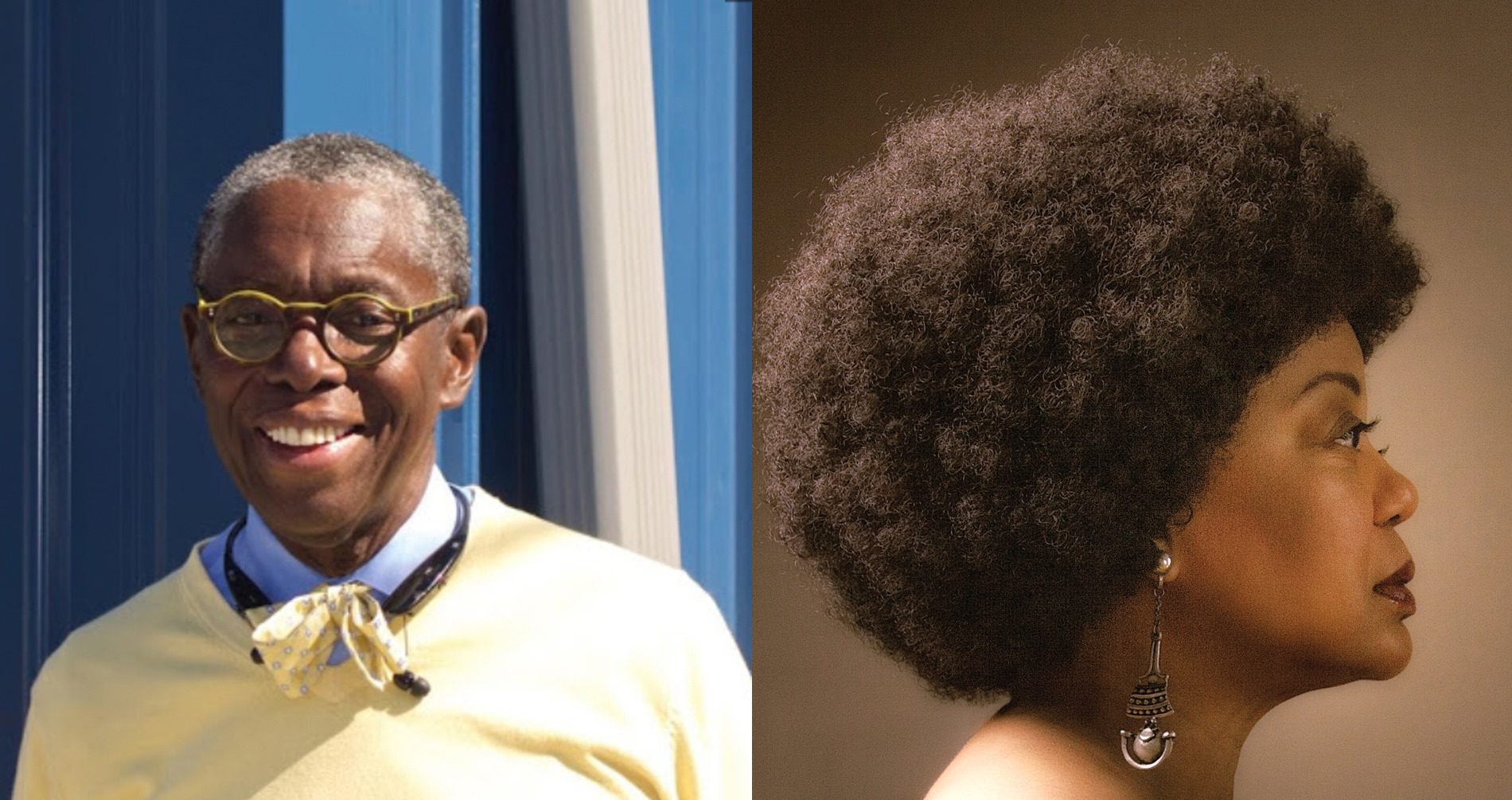 In Conversation: John E. Dowell, Jr. and Ruth Naomi Floyd
Wednesday, February 24, 6 p.m.
$8 General Admission | Free for AAMP Members
Zoom link emailed after registration
On Wednesday, February 24, the African American Museum in Philadelphia convenes a conversation featuring two noted Philadelphia artists, photographer and visual artist John E. Dowell, Jr., and vocalist/composer and photographer Ruth Naomi Floyd.
Presented as part of the Museum’s Black History Month programming, this conversation interrogates the role that historical narrative, personal and collective memory, and familial lineage play in Dowell and Floyd’s artmaking. Together, this panel will discuss the ways that the inherent beauty, brilliance and abounding resilience of African American communities and culture manifest within their independent bodies of work – creating roadmaps that bridge the rich foundation of Black history to timely, contemporary conversations on Black art and creative practice.
This conversation will be moderated by Dr. Brittany Webb, the Evelyn and Will Kaplan Curator of Twentieth-Century Art and the John Rhoden Collection at the Pennsylvania Academy of the Fine Arts.
More on our speakers:
John E. Dowell, Jr., a nationally recognized artist, captures the pulse of cities and agricultural landscapes of America in his large-scale photographs. Working primarily from sunset until dawn, he focuses on the surface of buildings, the reflections of their exteriors and, quietly, their interior spaces. Illuminating the unseen, he brings awareness to a single moment. For the past several years, he has also built extended photographs of the modern agronomy. These crops provoke thoughts of cultural, political and economic concerns that are often overlooked. He strives to incite the viewer to re-examine their assumptions of place and time. Now imagine being inside a field of cotton, corn, or a banana plantation. Sense the evolution of history. An artist and master-printer for more than four decades, Dowell’s fine art prints, paintings and photographs have been featured in more than 50 one-person exhibitions, and represented in the permanent collections of 70 museum and public collections. Among them are the Museum of Modern Art and the Metropolitan Museum of Art in New York City, the Museum of Fine Arts, Boston, the San Francisco Museum of Modern Art, and the Bibliothèque Nationale in Paris, France. Dowell’s photographs are in the Houston Museum of Fine Arts and have been added to his work in the collections of the Fogg Museum of Harvard University, the Museum of the Rhode Island School of Design and the Lehigh University Museum. Dowell is a Philadelphia native and Professor Emeritus of Printmaking at the Tyler School of Art at Temple University.
Ruth Naomi Floyd is an Emancipatory Artist who has focused on the arts and justice work throughout her career. A vocalist and composer, Ruth leads her own multi-faceted ensemble and her discography consist primarily of original compositions. Ruth performs and lectures on the intersection of beauty, theology, justice and culture around the world. Ruth is also an award winning fine art photographer specializing in black and white portrait images. She uses silver based films to capture her images and uses traditional wet darkroom technology as well as digital printing on archival papers to produce her final images. A committed music educator, Ruth is Director of Jazz Studies at Cairn University, Langhorne, Pennsylvania and an Adjunct and Artist in Residence at Temple University. Ruth was awarded the prestigious Kimmel Center’s Jazz Residency for the 2019-2020 season. In December 2019, Concordia College-New York, awarded Ruth an Honorary Doctorate for her unique and valuable contribution to the arts, her commitment to music education, and her justice work.
Brittany Webb is the Evelyn and Will Kaplan Curator of Twentieth Century Art and the John Rhoden Collection at the Pennsylvania Academy of the Fine Arts (PAFA). She received a PhD in Anthropology from Temple University, and a BA in Political Science from the University of Southern California. She is currently at work on a retrospective exhibition on 20th century African-American sculptor John Rhoden (1916-2001), and Taking Space: Contemporary Women Artists and the Politics of Scale, with Jodi Throckmorton, Curator of Contemporary Art at PAFA.
+ Google Calendar+ iCal Export

The African American Museum in Philadelphia