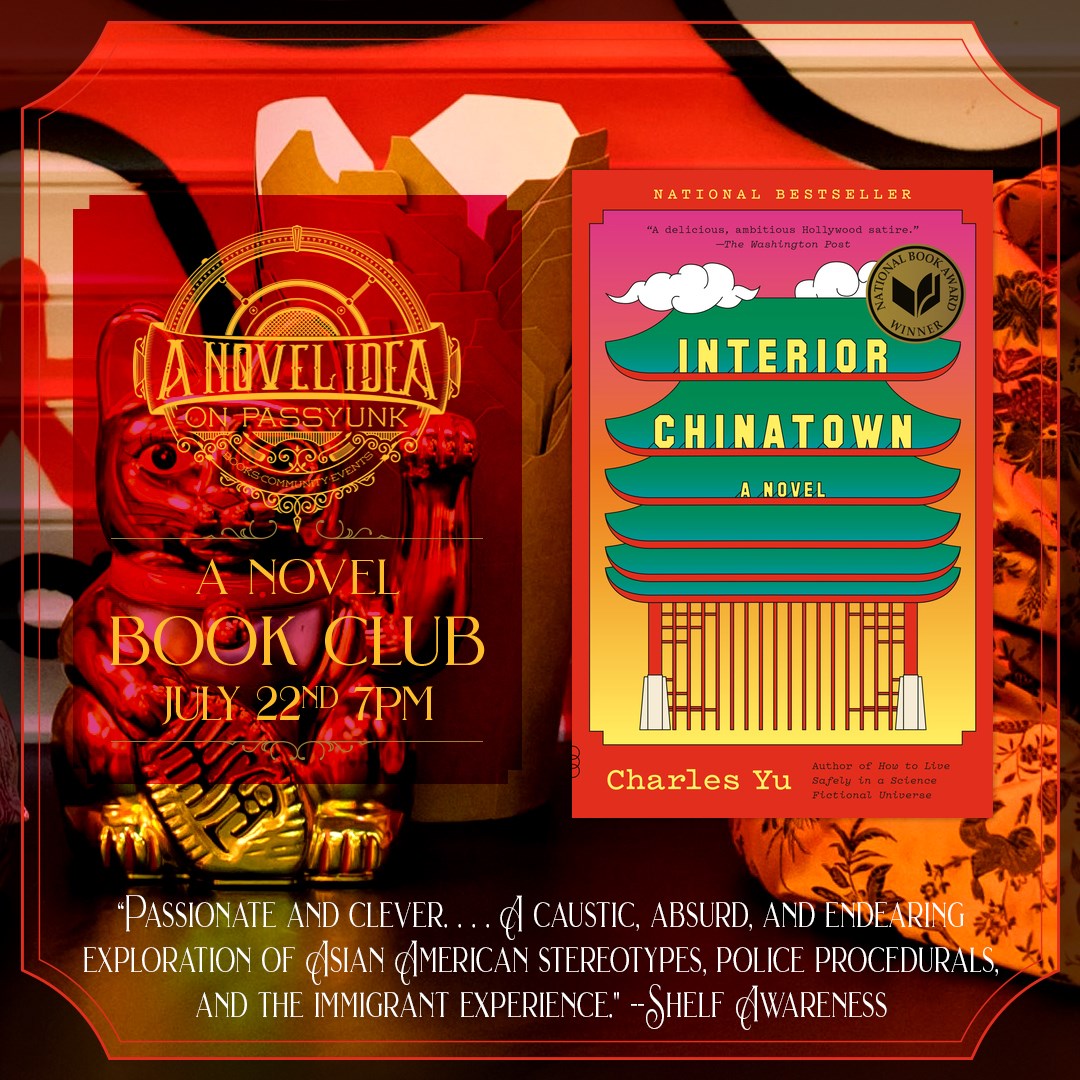 Join us for the next General Fiction Book Club meetup where we’ll discuss Interior Chinatown by Charles Yu.
Thursday, July 22nd 7pm ET
*Option to meet outside at Columbus Park or to attend via Zoom
“Willis Wu doesn’t perceive himself as a protagonist even in his own life: he’s merely Generic Asian Man. Every day, he leaves his tiny room in a Chinatown SRO and enters the Golden Palace restaurant, where Black and White, a procedural cop show, is in perpetual production. He’s a bit player here too. . . but he dreams of being Kung Fu Guy—the highest aspiration he can imagine for a Chinatown denizen. Or is it?
After stumbling into the spotlight, Willis finds himself launched into a wider world than he’s ever known, discovering not only the secret history of Chinatown, but the buried legacy of his own family, and what that means for him, in today’s America.
Playful but heartfelt, a send-up of Hollywood tropes and Asian stereotypes—Interior Chinatown is Charles Yu’s most moving, daring, and masterful novel yet.”
CW: death, discrimination toward the mentally ill, anti-Asian racism, police brutality, anti-Black racism, description of historical genocide, slurs, sexual harassment, sexism, misogyny
To participate, we ask that you purchase the book from ANI or make a donation to the store.
+ Google Calendar+ iCal Export