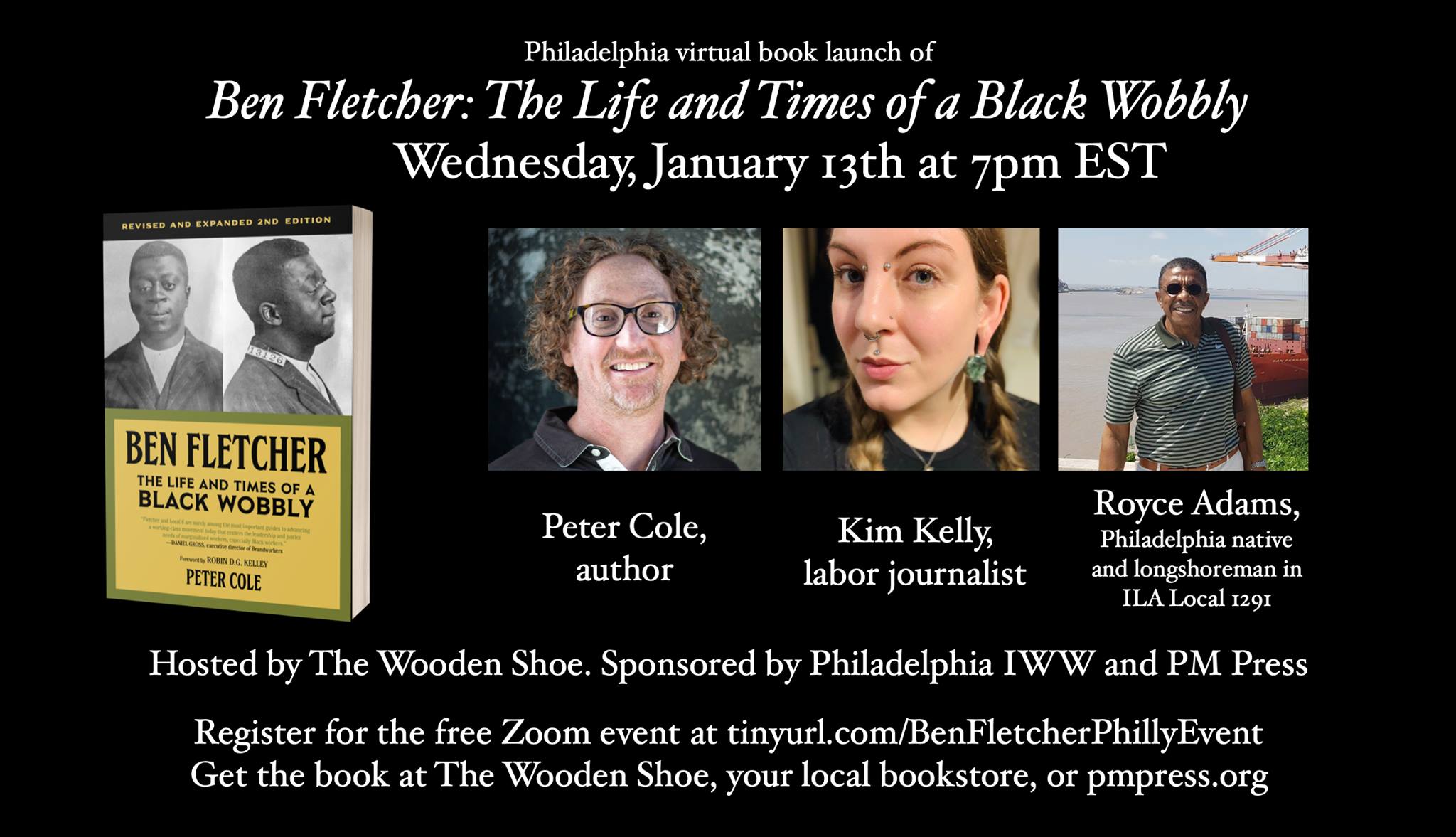 Join us for the Philadelphia virtual book launch of Peter Cole’s Ben Fletcher: The Life and Times of a Black Wobbly on Wednesday, January 13th at 7pm EST hosted by Wooden Shoe Books and co-sponsored by PM Press and the Philadelphia IWW. Peter will be joined by labor journalist Kim Kelly and Royce Adams, a Philadelphia native and longshoreman in ILA Local 1291.
Register for free at tinyurl.com/BenFletcherPhillyEvent
Ben Fletcher, an African American who helped lead the IWW’s most militant and effective interracial branch, epitomized the union’s brand of anti-capitalism and anti-racism. Fletcher (1890−1949) was a tremendously important and well-loved member of the IWW during its heyday, the first quarter of the 20th century. A brilliant union organizer and a humorous orator, Fletcher helped found and lead Local 8 of the IWW’s Marine Transport Workers Industrial Union. When founded in 1913, this union was a third African American, a third Irish and Irish American, and a third other European immigrants. Despite being hated by the bosses and redbaited by the government, Local 8 controlled the waterfront for almost a decade.
Peter Cole, a Professor of History at Western Illinois University and Research Associate in the Society, Work and Development Program at the University of the Witwatersrand in Johannesburg, South Africa. He is the author of Wobblies on the Waterfront: Interracial Unionism in Progressive Era Philadelphia and the award-winning Dockworker Power: Race and Activism in Durban and the San Francisco Bay Area. He also is the founder and co-director of the Chicago Race Riot of 1919 Commemoration Project (CRR19).
+ Google Calendar+ iCal Export