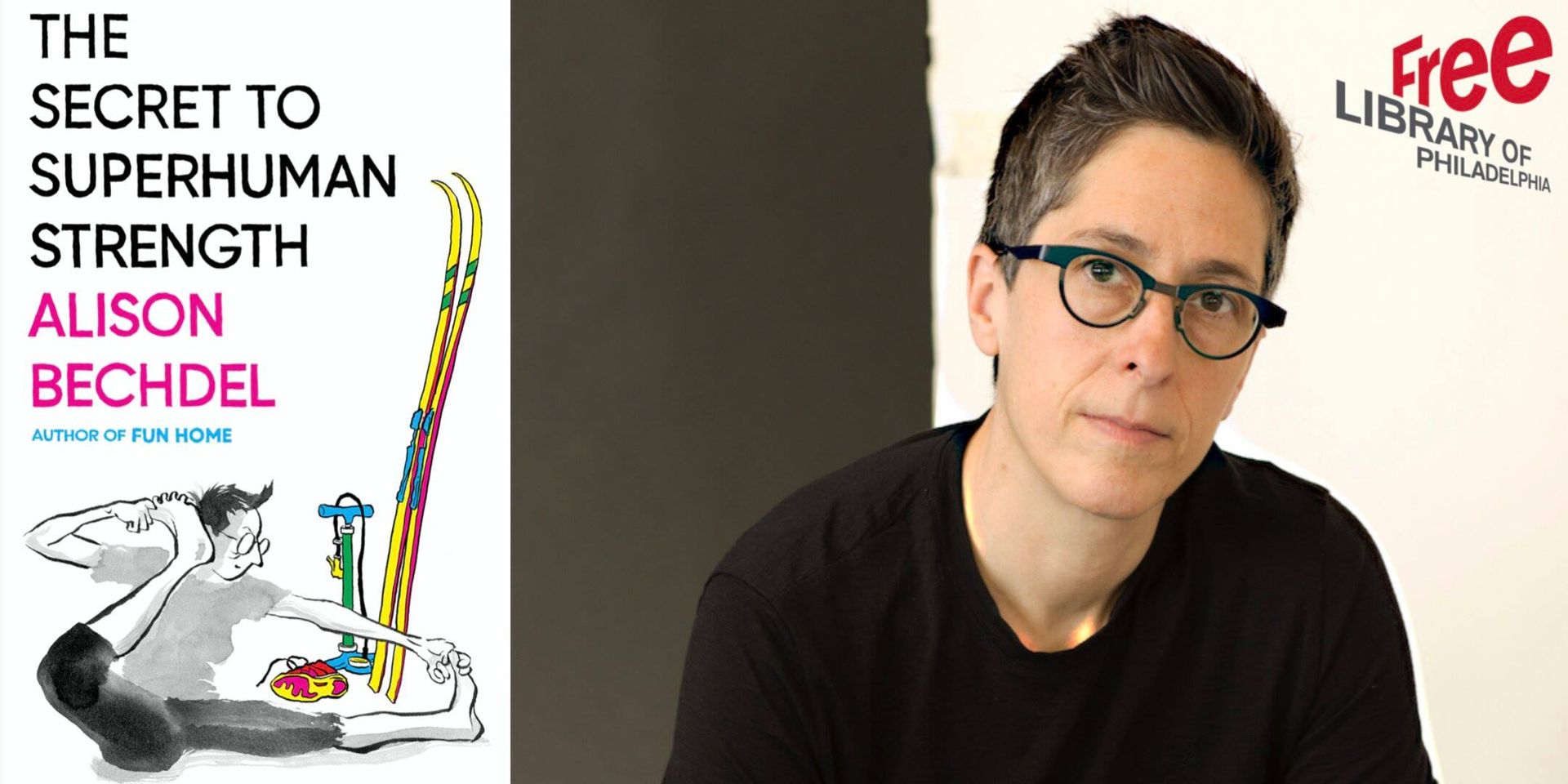 Cost: $29.50-*Signed Book with Ticket
Alison Bechdel is the author of Fun Home, a bestselling graphic memoir that details bittersweet revelations made by her distant father in his final days. “A masterpiece about two people who live in the same house but different worlds” (Time), Fun Home was adapted into a Tony Award-winning musical. Running from 1983 to 2008, her Dykes to Watch Out For comic strip garnered a cult following and critical acclaim as one of the earliest depictions of lesbians in pop culture. She is also the author of a graphic memoir about her mother and is the creator of the Bechdel Test, which measures the representation and agency of women in film and literature. Named the Cartoonist Laureate of Vermont, her other honors include MacArthur and Guggenheim Fellowships, an Eisner Award, and a Stonewall Book Award. In her new book, Bechdel offers a comic account of her lifelong fascination with exercise.
*Books will either come signed or with a signed book plate (we’re not yet sure which). Check this web page for updates in the coming weeks. Please allow 2 – 3 weeks for delivery. Books will ship after the event.
+ Google Calendar+ iCal Export